by Andrey
As I sit in the hotel lobby waiting for my airport shuttle, I thought why not jot down a few points on my week here in Morocco. Morocco, a country of over 35 million people and the most westerly of the North African counties. In short hot, dry, rocky and lots of people!My trip started in Marrakesh, a bustling market city. Head to the Medina and market square to get amongst the hustle and bustle of street traders, snake charmers, people with monkeys and general people wanting to sell you anything under their roof. I would say tourism has changed things a lot, prices in Marrakesh will be more than 3 times what you will find at smaller towns around Morocco, so either wait if your going elsewhere or do your best haggling (part of the Arabic culture). 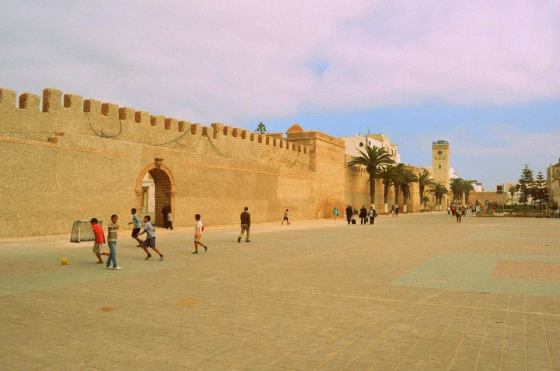 Also be aware of the not so nice side that tourism brings. Keep a close eye on your belongings as pick pockets are common around the bazaars. Theses are usually children as they will get away with it. What I mean here is if you catch someone with their hand in your pocket your more likely to be harder on an adult than a 10 year old boy. They know all the techniques such as distractions etc so be weary.

The other piece of advice is don’t trust anyone. People will appear friendly to help you with directions or suggest a photo. They will usually also expect money for this. We were travelling through the souks when a guy gave us directions we did not ask for or agree that he take us where we are going. He continued to walk with us and then when it came to the point of asking for money for his supposed unsolicited services he became very rude and aggressive. I’m not saying all Moroccan people behave like this but when he realised he wasn’t getting any money from us he tried to grab our hands, then tried to spit at us and basically told us to f#%$ off! It’s just a different mindset, where I come from we believe visitors are our guests. I would be ashamed to take money simply for providing directions for someone, it’s part of being a good host. Other countries I have traveled to, like Japan and South Korea, are the same, people would walk you to show you where to go and expect nothing but a smile in return. 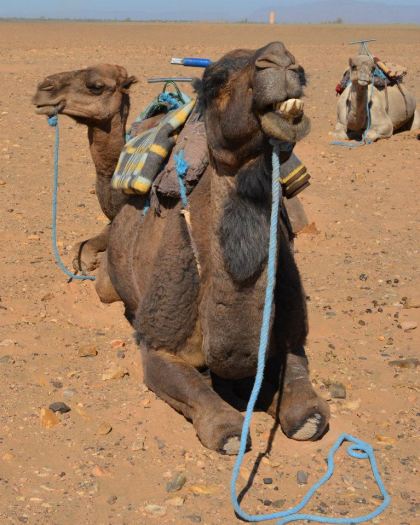 We had other scenarios where not agreeing to take up help or advice we were also treated like this and sworn at. To these people – have some respect for visitors or we will go elsewhere! The guys with monkeys (don’t agree with chained monkeys) and snakes will also try to put these on you, take a picture and wait for money before taking them off, so be polite but firm with saying no or pay if it is something you want to participate in.

Outside of this incident my time in Morocco was great, friendly people and some interesting sights.  Some of the highlights were:

A trip to the Kasbah of Aït Benhaddou which was a settlement of the Berber dynasty.  A self contained settlement of little mud brick houses and shops. You may recognize it from films such as Gladiator and Prince of Persia. 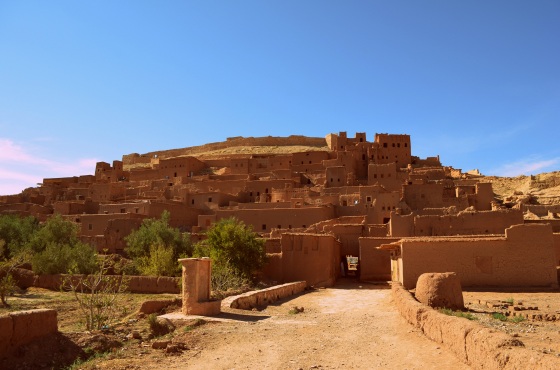 The Sahara desert – dry and dusty! I would definitely suggest visiting in the cooler months as this is the worlds hottest desert and largest (outside of Arctic and Antarctica) spanning coast to coast of Northern Africa. We had two nights camping and a camel trek which was fun, but keep wrapped up in the sun and ensure you have cushions for the camels! It also can get quite chilly at night. 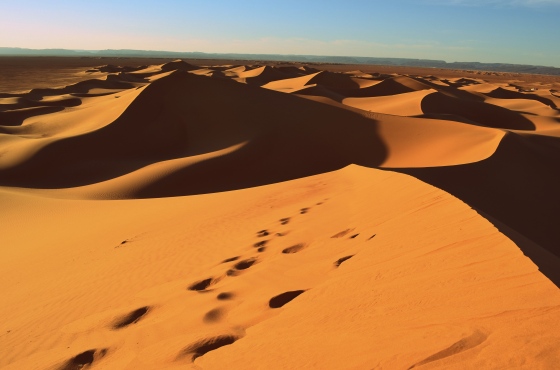 Agadir – seaside resort town on the Atlantic Ocean. Sandy beaches and fairly modern spot (rebuilt after earthquake in 1960). Come here for a chilled out beach stop.

On the way to Essaouira there is also an area where the Argan tree grows. This tree is well adapted to drought conditions found in south western Morocco. It is in fact under protection from UNESCO. The tree creates a berry that is highly sought after for its beauty properties for skin and hair. But more interesting than this is the fact that the local goats like to eat this berry and will climb the trees for it. This is where you see goats in trees! FYI – if you are into seeking the oil for beauty reasons, buy it local. The markets in Marrakesh and elsewhere will likely mix it with olive or sunflower oil and sell it as Argan to rip you off!

Essaouira – seaside fishing town.. Characterised with a laid back chilled out feel as many artists come here for their inspiration. Apparently, it was a lively spot in the 70’s with hippies and it hasn’t lost it’s charm. Also known for its surfing further up the coast and kite surfing with good waves and winds. The outskirts of Essaouira are also known as scorpion country. So turn over a few rocks and see what you find. We found a few of the yellow variety, be careful though as they are aggressive. We had an awkward moment where our guide was stung trying to pick one up to show us. He did eventually pick it up by grabbing the tail near the sting but it’s not something I would suggest you try. The suck and spit technique seemed to be the way to deal with the sting, I thought that was just in the movies! 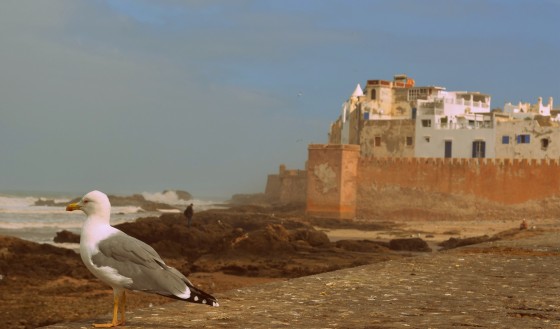 These were the highlight spots for me, I didn’t go to Casablanca or places like Fes. But with only a week your always limited to what you can fit in. My only other piece of advice is pack your imodiums and carry your toilet paper! Everyone on my tour was sick at some point and the western stomach sometime doesn’t cope with the food standards here.. When you start to hear that rumble after your tajine , get them down!

Morocco can be a bit of an adventure if you don’t mind being out of your western comforts, the heat and dry rocky terrain.. Just go with the flow and don’t have any expectations and accept that everyone is out to make a buck here!  Everyone’s experience will be different but these are my views based on my week here. 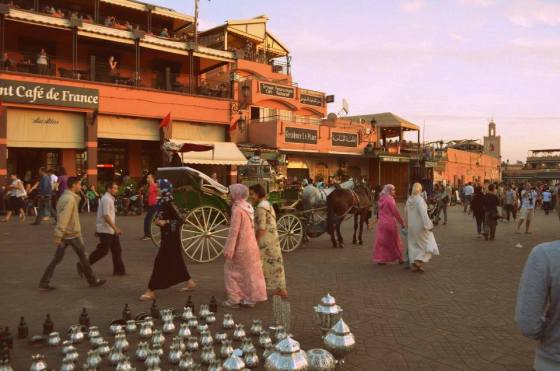