The land of emm… the unknown? I have survived and truly enjoyed my time there a few weeks ago.  To be completely honest I didn’t know anyone even remotely interested in travelling to Uzbekistan, or someone who has been there previously.  Lets start with the basics – all the facts I’ve picked up from travelling as a single female traveller.

Best time to travel to Uzbekistan

Scorching hot summers and cold winters leave only a few months a year for a beary enjoyable stay.  The best time to visit would be spring (April or May) and autumn (September or October), especially if you like eating melons as they are in season.  If you choose to go in autumn, it will be hot (30C during the day), but getting cooler towards the end of October with very pleasant evenings.

Before entering the country, I have heard plenty of horror stories from various internet sources. The question was – is it really that dangerous? NO! People are lovely, helpful and hospitable.  There are so many policemen and security guards all around the city, it is just crazy.

Foreigners may get slightly ripped off at food markets or won’t get the same exchange rate as locals. But hey, this is what you would expect at quite a few countries. In Tashkent (the capital) lots of people speak English, where is in other cities, French is widely spoken among street cart sellers.

The other burning question I had before coming to Uzbekistan was how widely available are ATM and if any places accept payments by card. To be on the very safe side, it wouldn’t hurt to bring some USD with you if you don’t feel like running around the city trying to sort out your finances. If you’re like me and prefer to withdraw money as you enter the country, here is what you need to know. ATMs do exist, but in most cases they are out of cash, especially towards the end of the month. So just withdrawing local currency at, say, the airport is not an option. Find a big hotel (for eg. Hotel Uzbekistan, Grand Mir or any other 5-star hotel in the vicinity) where you can withdraw USD and exchange it yourself to get a better rate.

In September 2015 official exchange rate was something like 2600 sum for 1 USD. Rate on the black market was 4800 (even if you are bad at math, the difference is huge!). Technically, it is illegal to exchange money on the streets, but in Uzbekistan everyone does it. If you don’t want to go to the market, there will always be a taxi driver/bell boy/someone at the hostel/etc who will be willing to exchange at least a small sum.

The other rather amusing thing is with an exchange rate of nearly 5000 per dollar, the most commonly used bank note is 1000. Just imagine how many notes you get when you exchange 100-200 usd USD . Bring a backpack! At the exchange counter notes will come in stacks of 100, which at the current rate equals to roughly 20 USD.

If you can speak Russian, things are much easier and sellers won’t try to rip you off, out of solidarity, perhaps? I’ve heard stories of people getting less than 100 notes in their stacks or finding 500 notes instead of 1000. Be careful if you are exchanging currency on the street, if you get caught exchanging money on the black market, you will be in trouble. 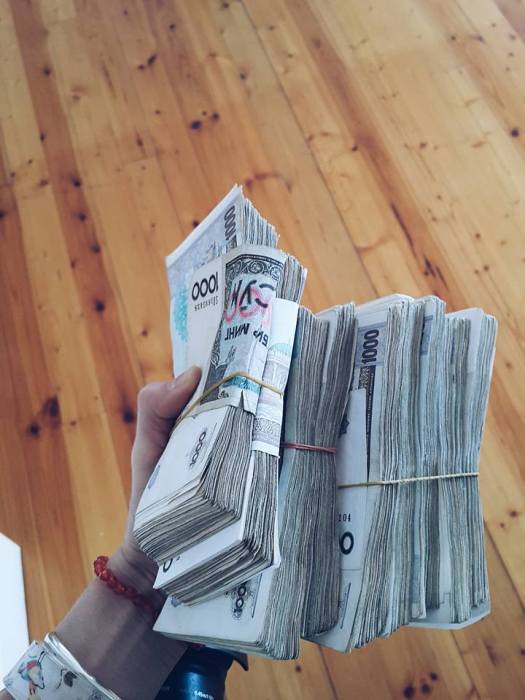 How much money will I need for 10 days stay?

If you are staying in a hostel, budget for approximately 500 USD, including transport. If you are travelling with a tour around Uzbekistan where breakfast and some transport is included then 200-300 is a very reasonable amount.

Getting to Tashkent from the airport

Tashkent is so close to the airport, it will take you only 10-15 minutes to get to most hotels in the city. Tashkent taxi drivers are hungry for tourist cash and will try to fight for you (literally grabbing your arm) as you exit the main gate at the airport. I paid 10 USD for transfer as I arrived (pre booked prior to the arrival) and 20,000 sum for the official taxi leaving the city.  A guy sitting next to me on the plane when leaving Tashkent said that he has negotiated a price of 10,000 sum with a private car.

There are no buses, so taxi is really your only option. However, if they are trying to charge you more than 5 USD you are being ripped off big time! 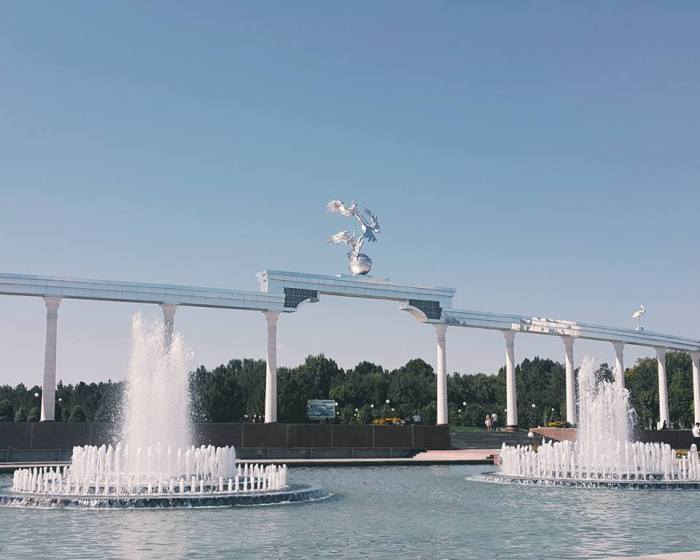 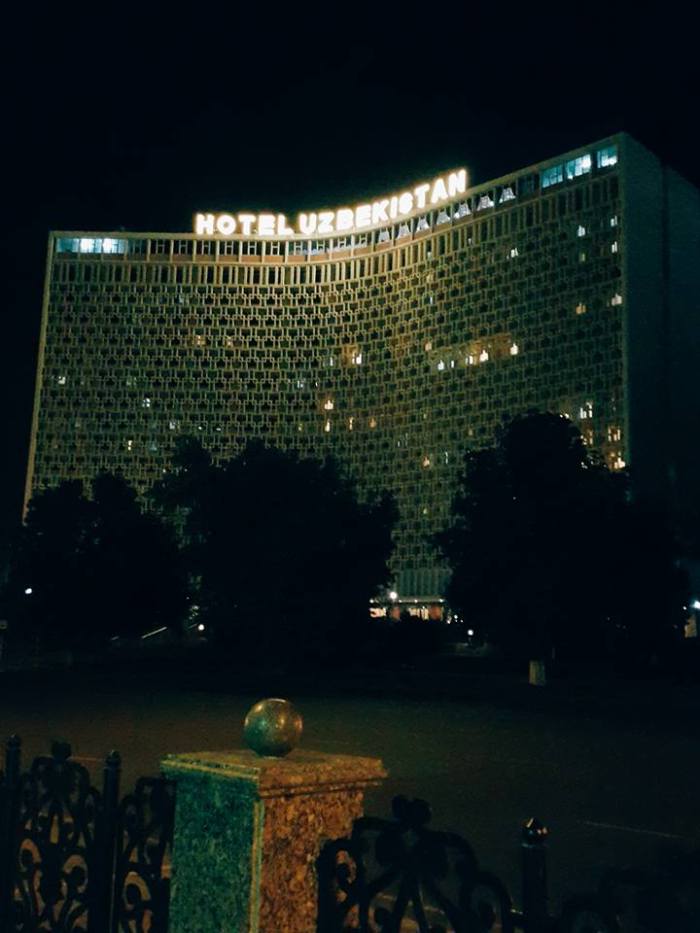 Quality of hotels and hostels in Uzbekistan

Amazing. In most places,staff are really making an effort. Breakfast is almost always included and is spectacular even at backpackers. I will talk about specific hotels in each city individually in my later posts. 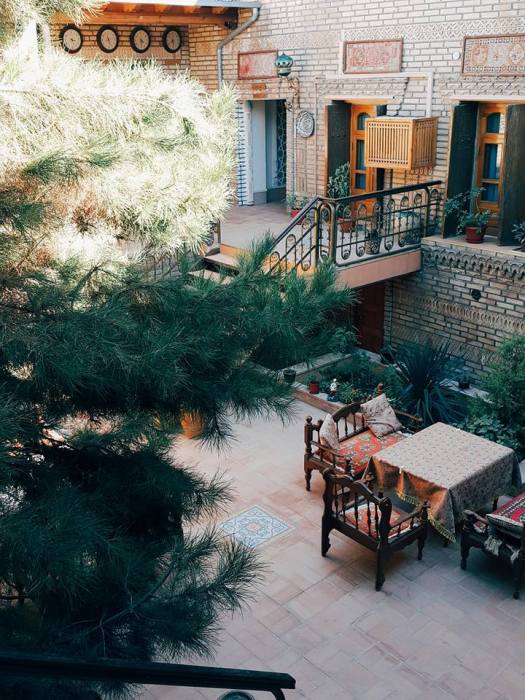 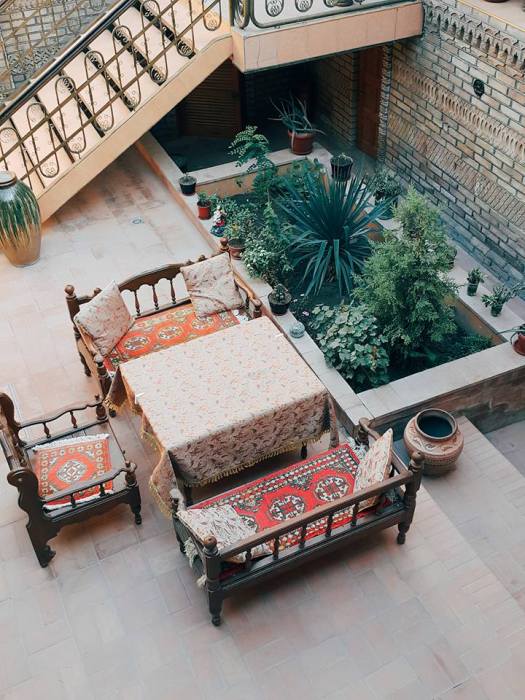 Tashkent is a modern city, so no special clothes will be required. Feel free to dress to the weather (ie shirts and shorts if it is boiling outside). Just remember to bring a scarf if you are visiting a practicing mosque. However, as soon as you leave the capital, you’ll realise how much more conservative the rest of the country is. If you don’t want to be starred at/stand out from the crowd, it is advisable to cover up your shoulders and legs above the knees.

Must cities to visit in Uzbekistan 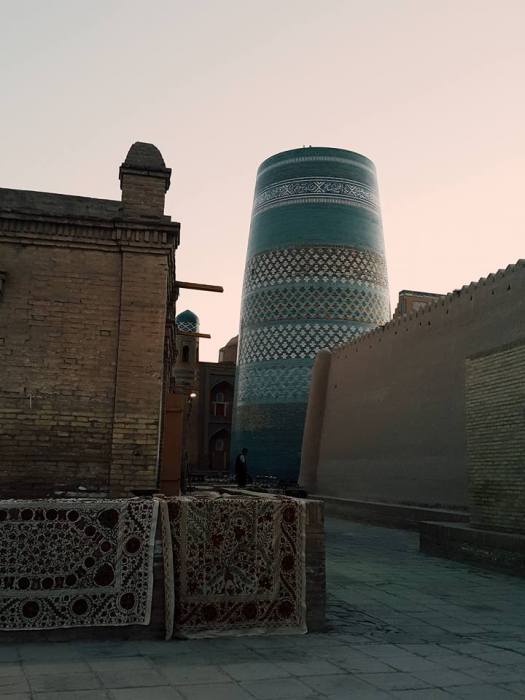 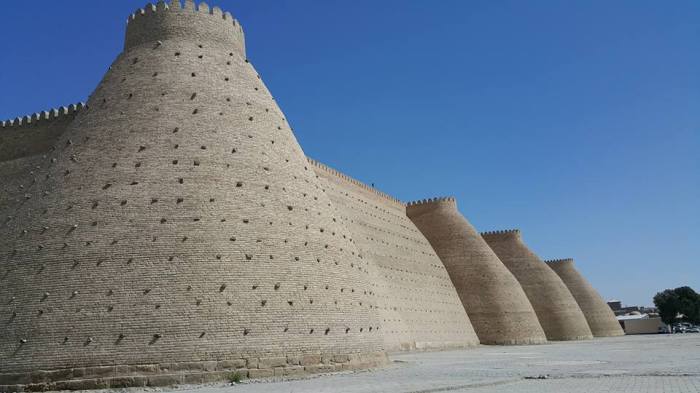